Tours in Belize have incredible places to visit

Get to know incredible places with us for your next trip. We have the best tours in Belize for you to know all the landscapes that this destination offers.

If you want to live a unique experience in a small country, but with beautiful beaches and views that will delight your entire stay, you should choose one of our tours in Belize. We are your first choice to enjoy first hand the warmth and beauty of this small but impressive tourist destination.

Today, tourism is considered one of the most important activities in Belize, which is why you can rest assured that you will be very well received during your stay. 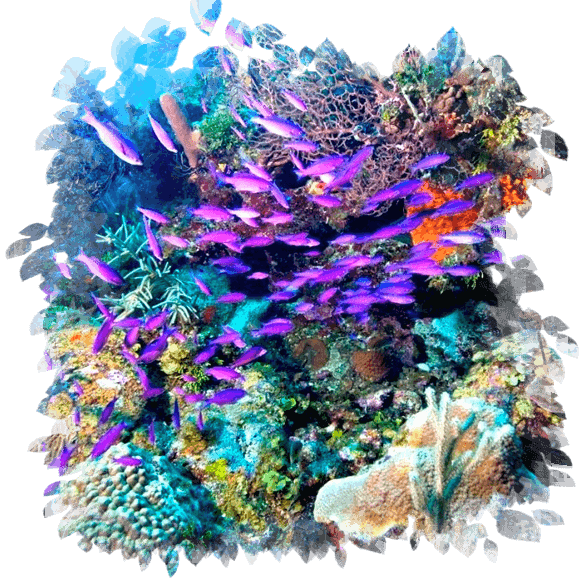 Choose one of the tours in Belize and get to know its interesting history, as well as traditions, way of life, way of government, tourist sites and other information that you can add to your knowledge before visiting this beautiful country.

Belize is a sovereign country, and is part of America, however, its mode of government is organized in a parliamentary constitutional monarchy, in this country, Queen Elizabeth II serves as head of state, but is represented by a governor general.

The capital of Belize is Belmopan and the most populated city is Belize. The country is bordered to the north by Mexico and to the south and west by Guatemala. The population is approximately 387,879 inhabitants.

While it is true that one of the predominant languages is Spanish, Belize is the only country in Central America where the official language is English.

If you have already decided to take our tours in Belize, you should know some things that will be useful in your next trip to this beautiful destination. One of the most important is the climate.

Generally, the climate in Belize is considered a tropical climate. It is characterized by being humid and very hot. However, there are variations, and these are according to the region, all according to its proximity to the coast, as well as its elevation. In coastal areas, the temperature ranges from 24°C to 27°C between the months of January and February.

Towards the interior of Belize, temperatures are a little higher, on the contrary, in the highlands of southern Belize they tend to be colder.

With an inspiration between Mexican and Caribbean food, and a touch of Anglo-Saxon food, we find the gastronomy of Belize. The basic ingredients used in Belizean cuisine are rice, beans, which are eaten with barbecued chicken meat, tamales, pozole and panuchos.  We recommend you to take our tours in Belize to get to know the variety of Belizean cuisine and enjoy exquisite dishes.

In Belize more than half of the inhabitants speak Spanish, but actually the official language of this country is English, as it corresponds to the colonial past of the United Kingdom. However, at least three languages are spoken in Belize: English, Spanish and Creole. Each one is related to the country's development process. Spanish, for example, is spoken due to its proximity to Mexico, but it is common to see families communicating with each other in Creole, the language spoken by the African slaves who arrived with the pirates and first settlers. 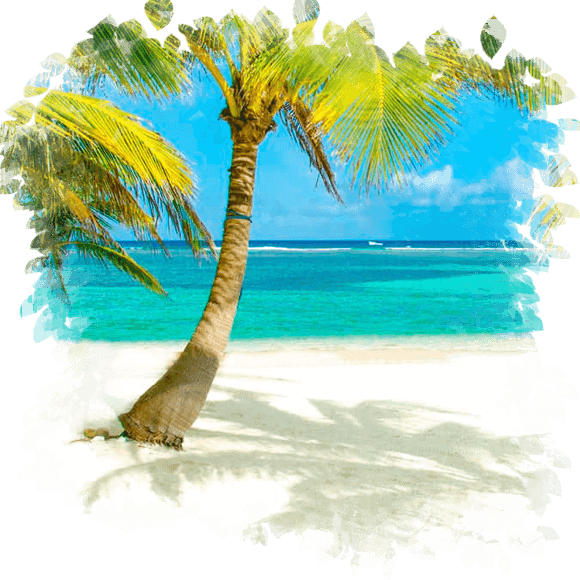 Learn about the Mayan culture in Belize

There is a site in Belize, considered the largest settlement of the Mayan culture, in its own time it had the political weight of Tikal. Caracol is enveloped by a jungle, located very close to Guatemala, it was recently discovered, there you can see temples, palaces, artisan workshops and markets. The 42 meter high Caana is the tallest building in Belize and is located there, in Caracol.

Another recommended activity is a visit to the ruins at Altum Ha, these ruins served as inspiration for the label of the Belikin bottle, as well as Belizean banknotes. Altum Ha is a small archeological site with its central plaza, 10 buildings from the VI and VII centuries, the Temple of the Masonry Altars. It is an excellent option for exercise, since from the top of the temples you can see the jungle. Visit this and other places with our tours in Belize. 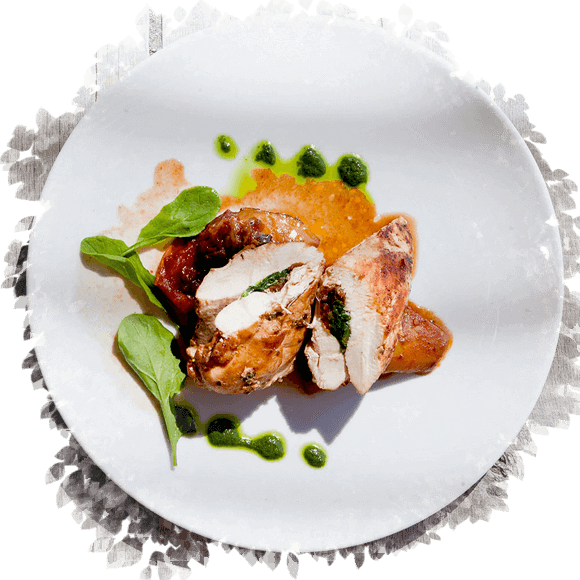 Garifunas de Hopkins is a small town, very cozy, where it seems that time has stopped for decades, it is worth taking tours in Belize to know this place where life is very quiet, but the music of the drums stands out. For this it is necessary to participate in one of the drumming ceremonies at the Lebeha drumming center. In Garifuna the beach is narrow, but it offers incredible views of the Caribbean Sea.

Mode of government in Belize

Something you will discover on tours in Belize, is its particular mode of government, as it is the only country in America with a parliamentary democracy that is based on the Westminster system, which recognizes Queen Elizabeth II as head of state. She is known as the Queen of Belize, although she does not directly influence the decisions that are made, there are certain protocols that are still in force.

In Belize, the prime minister must keep the governor general informed of how the government is conducted.

Likewise, the governor is appointed by the queen herself and will remain as long as she deems him or her worthy of her trust.

Despite all of the above, the administration is always the responsibility of the prime minister and his cabinet, as well as the mayoral system.

Something else to know on tours in Belize is that Queen Elizabeth II is present, as her image appears on Belizean dollars, which is the official currency of this country.

Get to know San Ignacio, one of the most entertaining and touristic places in Belize. Don't be fooled by its small-town appearance; San Ignacio is home to a diverse population that includes Hindus, Creoles, Mayans, Chinese, Lebanese, Mennonites, among others.

Although the town itself has a simple appeal, many people use San Ignacio as a base to relax and visit the surrounding region, where there is a little bit of everything to choose from. Some of the tours in San Ignacio that we offer include touring Mayan ruins, canoeing through caves, camping in the middle of the jungle, admiring the flora and fauna, and many other activities that will keep you active during your stay in this country. It is not surprising that most travelers decide to stay for several days, because the vibe of this place is awesome to relax and have a time of rest, or a lot of fun and learning.

San Ignacio is the heart and soul of the Cayo District, a vibrant hub of travelers from where all roads and activities unfold, choose one of our San Ignacio tours and see for yourself. Along with the twin town of Santa Elena, on the east bank of the Macal River, this is the main population center of Cayo, with plenty of inexpensive accommodations, decent restaurants and frequent transportation.

It has a very positive and contagious local atmosphere. With one of the tours in San Ignacio you can experience the bustling market in this town, which has a constant influx of immigrants, mainly from nearby Guatemala. Residents include Mestizos, Mayans and Garifunas, as well as a group of free-spirited expatriates from Europe and North America.

Most travelers come to San Ignacio as a base for Cayo adventures or as a stepping stone to or from Guatemala; many stay longer than they expected, so we recommend choosing one of the tours in San Ignacio, so you can see the sights in detail and stay as many days as your stay and plans allow. 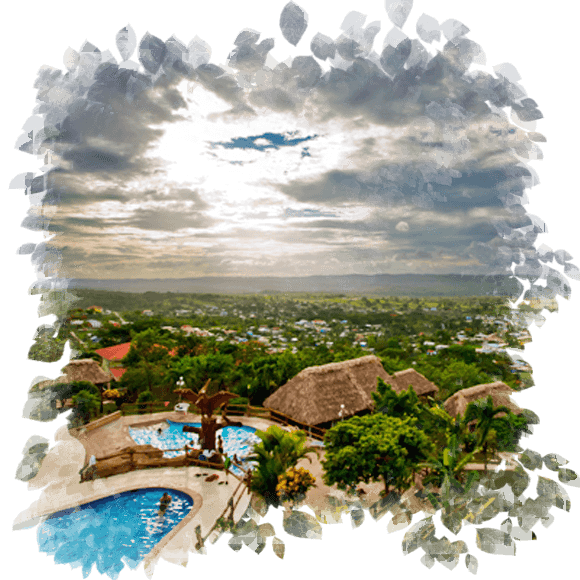 Choose one of the tours in San Pedro

Meet one of the cities of Belize, and take one of our tours in San Pedro, a city that is in the southern part of Ambergris Caye (also known as Ambergris Caye). It is simplicity with a look of paradise.

The people of this town offer a special reception to visitors, they are considered cheerful and very close people. To tell the truth, talking to them puts any tourist on the route to the best parties and events in town, you should choose one of the tours in San Pedro to discover this.

If you are ready to have fun, you should also get ready to open your palate with seafood, fish and noble meats. The main ingredients are fish, seafood, beef, pork, chicken, herbs such as coriander and a variety of spices. It is possible to find spicy dishes. Shrimp soup is everyone's favorite and highly recommended, even for demanding palates.

Perhaps in one of the tours in San Pedro, you will enjoy a drink, the best recommendations are the rum punch and the local beer. Also experience the taste of chocolate, which is prepared with Belizean cocoa. A delight for your palate.

Get to know the best with our tours in San Pedro, as well as the beautiful beaches overlooking the Caribbean Sea. A recommendation is Boca del Rio, which is located 3 km northeast. The place has a coral hill and sand channels. The sea is crystal clear and it is possible to see turtles. It is worth remembering that all beaches in the country are public, therefore, all visitors can enjoy them on any of their tours in San Pedro. 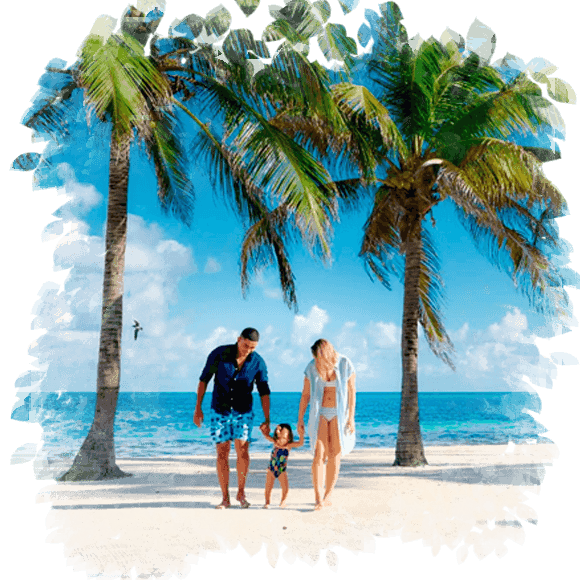 This place is formed by half a dozen islets, which are surrounded by the immense blue Caribbean sea. It is one of the atolls in Belize, as there are three. Due to its little affluence, it is the one that is preserved more virgin. One of the activities that we recommend to do on tours in Belize is kayaking, especially one with a transparent bottom, which will allow you to see different animals and marine life, such as marbled rays, as well as thornback rays, turtles and a large number of tropical fish.

This place is ideal for ecotourism, since some of its resorts are rustic and have adopted this ecological practice. Ideal for activities such as diving, rowing and even fishing.

This place has an excellent location, it is located on top of a mountain range submerged on the edge of a continental shelf.

Choose one of our tours in Belize and get to know this beautiful and paradisiacal place. 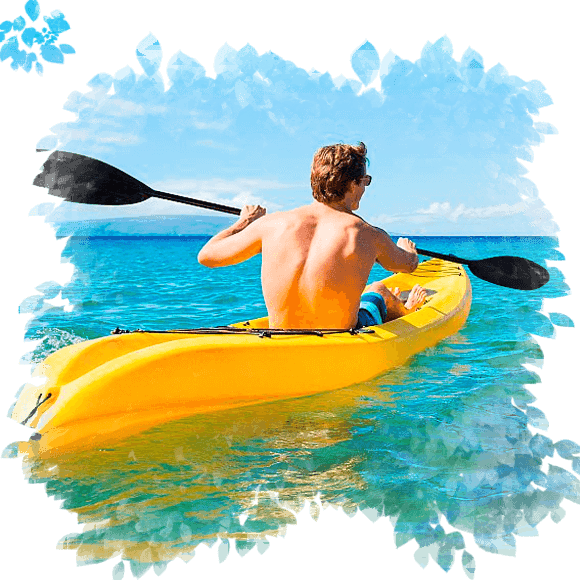 It is a small island of small streets, traffic signs to encourage the pace of rushing tourists, golf carts and bicycles to ride all over its territorial extension.

Between the months of January to June, the wind almost always blows, which creates optimal conditions for sailing, kite boarding or windsurfing.

Very close to this place, you will find the second largest barrier reef. This invites you to dive or snorkel. Likewise the mangroves are the perfect setting for kayaking. Choose one of our tours and visit Caulker Cay to relax for a while during your stay in Belize.

Various activities to do on tours in Belize

From bird watching in Crooked Tree, a small village of fishermen and farmers, located next to a lagoon. The existing marshes attract migratory birds, it is advisable to visit this place between the months of February to May, when there is not so much rain, because the birds are concentrated in the puddles. 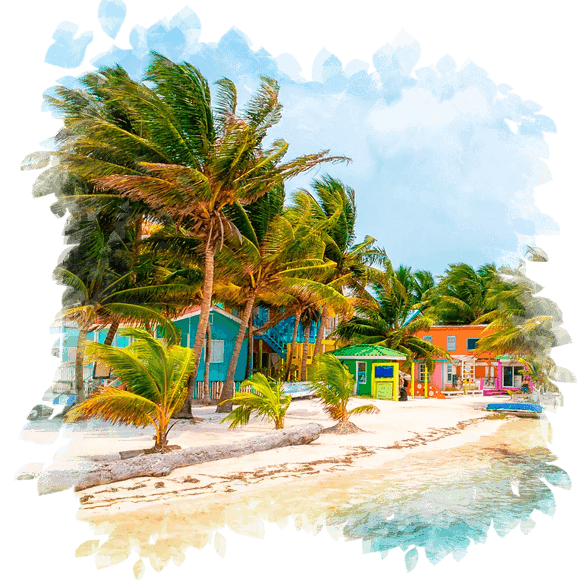 Among the most beautiful beaches in Belize, South Water Caye is located 14 kilometers from the Dangriga Coast. The sand of this beach is soft and white.

If you visit this beautiful place you will find a stretch of beach with coconut trees and comfortable hammocks to enjoy the beauty that this place offers.

Choose the best tours in Belize and live the best vacations

Do not stay with the desire to visit a beautiful place and take the best tours in Belize, from water sports activities, to enjoy the beautiful culture and the gastronomic fusion that this beautiful country offers.

Contact us and get to know the tours in Belize that we put at your disposal.